Filmmaker Vipul Amrutlal Shah is all set to direct his next! After the directors hit film Namastey London Vipul will be taking on to the director’s chair for his next titled Namastey Canada. The director- producer has finalised his two leads for the project.

Arjun Kapoor and Parineeti Chopra will be seen romancing each other once again in his forthcoming project. Vipul would be reuniting the duo after their hit debut Ishaaqzaade!

Vipul Amrutlal Shah shares, “I want to put the record straight, this is not a sequel of Namastey London. This is a totally fresh script.”

He further adds, “I would love to thank Akshay for standing with me and showing tremendous grace in giving me the title “Namastey Canada”. I am very happy that Arjun and Parineeti have agreed to join me in this journey and I hope that this film can become one of their best outings”

Arjun Kapoor who would be working with Vipul for the very first time shared, “I’m super excited to be a part of this very special film. I’ve enjoyed all of Vipul sir’s films – Aankhen, Waqt, most certainly Namastey London. It’s exciting that after working with giants like Mr. Bachchan and Akshay Kumar, he’s chosen me for his next directorial venture. Namastey Canada has all the heart & humour of a fun family entertainer and I’m looking forward to the journey of bringing it alive on celluloid”

Parineeti who will join Vipul & Arjun shares “Namastey Canada is exactly the film I was looking for! It’s desi with a videsi heart (or maybe videsi with a desi heart!). Arjun and I are so so excited to get this party on the floor. We will be playing to our Punjabi strengths but speak to the global audience 🙂 Also so excited to be directed by Vipul sir, who I have had an amazing friendship in the last few years.” 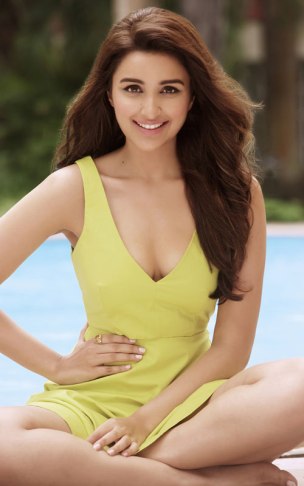 Vipul Amrutlal Shah has not only directed several films like Action Replayy, Aankhen, Waqt, Namastey London but he has also produced films like Singh Is Kinng and Holiday.