The Singapore South Asian International Film Festival (Sg.SAIFF) 2017 festival will be held from September 1st-10th, across various prominent venues in the city. The festival showcases forty feature films, shorts and documentaries from India, Sri Lanka, Afghanistan, Nepal and Bangladesh, as well as special screenings from Singapore, carefully culled out from hundreds of recent productions to exhibit new films of emerging filmmakers, as well as highly anticipated titles by established ones.

Abhayanand Singh, Festival Chairman, shared his thoughts, “The festival is a landmark initiative showcasing for the first time in the city, South Asian cinema of such scale and quality. We, therefore, wish to make a big impact and become a significant cultural gateway in the years to come. Through the powerful medium of cinema, we hope to build closer ties between the global city of Singapore and the developing nations of South Asia.”

Amit Aggarwal, Artistic Director says, “The challenge and drive in selecting films for Sg.SAIFF was to create a program that is truthful to the exciting new voices and stories which richly bring out the complexities of South Asia.”

Ashok Purang, Festival Director says, “Sg.SAIFF aims to bring together an exclusive gathering of filmmakers, actors, film critics, and industry players to engage in vibrant discussions on the larger transformative role of cinema as a craft, representation, and industry in current times.”

The festival will commence with the grand and ceremonious red carpet World Premiere of Albert Pinto Ko Gussa Kyun Aata Hai with the cast and crew in attendance, along with a bevy of celebrities at the Cathay Theatre, Handy Road. This already widely-circulating and critically-appreciated premiere film pays homage to Indian auteur Sayeed Mirza’s 1980’s cult classic by the same title, similarly exploring the trope of anger in the contemporary context through a forceful and conflicted central character. Director Soumitra Ranade, and cast Manav Kaul and Saurabh Shukla will be present to share closely with the audience their experience, challenges and ideas on the film.

The festival team has been overwhelmed and pleased by the scale and quality of films submitted for the inaugural year. After a much careful assessment, the programming team has finally shortlisted forty titles under the categories of ‘Showcase’ and ‘Competition’. A key highlight of the festival is the screening of Afghanistani director Siddiq Barmak’s Osama(2003), which has won the Golden Globe for ‘Best Foreign Film’.

The festival screenings will be complemented with two stimulating panel discussions with film professionals and cinéastes.

(I) Cinema in Flux: Filmed narratives of a subcontinent in transition.

The festival is also pleased to host in Singapore a trio of cinema luminaries who revolutionized Indian cinema in the 1970’s and 1980’s – Dada Saheb Phalke Awardee, Adoor Gopalakrishnan, Padma Shri Awardee and winner of fourteen National awards, Girish Kasaravalli and veteran poet and filmmaker Buddhadeb Dasgupta. The three will be conducting master classes, and sharing with the audience fascinating accounts of their long and impactful journey in the world of cinema. Two major workshops conducted over five sessions will aim at providing useful insights and tools to aspiring filmmakers in the fields of acting, directing and writing. The workshops will be conducted by famous Indian actor Manoj Bajpayee and theatre director Ashok Purang. 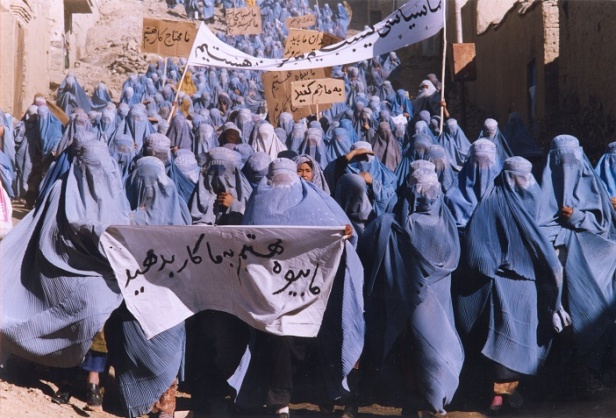 Synopsis: Osama is a 2003 film made in Afghanistan by Siddiq Barmak. The film follows the journey of a pre-teen girl living in Afghanistan who disguises herself as a boy, Osama, to support her family. In the film, the Taliban are ruling Afghanistan. Their regime is especially repressive for women, who, among other things, are not allowed to work. This situation becomes difficult for one family consisting solely of three women, representing three successive generations: a young girl, her mother, and her grandmother. With the mother’s husband and uncle having died in a battle during the Soviet invasion, there are no men left to support the family. However, the little girl’s masquerade becomes more difficult when the Taliban recruit all the local boys for school, which includes military training. Osama was the first film to be shot entirely in Afghanistan since 1996, when the Taliban régime banned the creation of all films. The film is an international co-production between companies in Afghanistan, the Netherlands, Japan, Ireland, and Iran.

Synopsis: One early morning Albert Pinto (Manav Kaul) leaves his house without any explanation. His girlfriend Stella (Nandita Das), his mother and his brother Dominic are concerned about his safety. They file a ‘missing’ complaint with the police and when Albert doesn’t return even after a few weeks, they become very anxious.Albert, on the other hand, is shown traversing a road journey from Mumbai to Goa with his companion, Nayar(Saurabh Shukla). Through their sometimes cynical, sometimes witty and sometimes distressing conversations, we see the plot unfold. Punctuating these conversations are Albert’s flashbacks – scenes from his past, from a world that he has left behind – a beautiful world in which he and Stella try to weave a life together. The film gradually reveals Albert’s inner world of anger which leads him on this path to settle a past score.

Synopsis: ‘Images / Reflections’ is a documentary on the life of Adoor Gopalkrishnan, one of the most revered Indian filmmakers. The film is divided into five chapters each one named after one of Adoor’s films. In the first chapter, Adoor’s contemporaries, Mrinal Sen, Shyam Benegal, Gouridasan Nair and K.N.Panikkar explain his significance as a filmmaker. Chapter 2 shows Girish Kasaravalli and the critic C.S Venkiteswaran in conversation with Adoor. Chapter 3 shows Adoor’s cousin, daughter, an actor and a friend recollect fond memories about him. In the fourth chapter, Adoor talks about his film’s aesthetics. The last chapter reveals how his films anticipated certain changes in the social, political and domestic spheres of India and Kerala in particular.

Synopsis: After serving eight years in jail, Siva (in a breakthrough role by veteran TV actor Sivakumar Palakrishnan) is released back into a world outside bars. He has to grapple with his minority status and the fractures he created within his family. With a mother (legendary actress Seema Biswa) who rejected him and a society that offers no respite, Siva roams the streets as a vagabond. He befriends Chen Chen (Huang Lu), a Chinese prostitute who connects with him through their shared desperation. When Siva discovers a terrible truth, he plunges into a liminal zone between death and redemption.

Synopsis: In an Indian village, three ordinary women begin to break free from century-old traditions that have kept them locked in servitude. Rani was married at the age of thirteen and became a widow at sixteen. Her life’s sole purpose since then has been to raise her son Gulab. Lajjo, Rani’s closest friend, is a child-woman, full of life. Lajjo’s ‘greatest failure’ is that she is infertile. One day she learns that men can be infertile too! Nothing is going to stop Lajjo from bearing a child now, not the fear of social banishment, nor the violent beatings of her drunk husband. Bijli is a dancer and a prostitute. In contrast to her colorful clothes, Bijli’s life is shrouded in darkness for she knows she is reaching the end of her youth. One fateful night, in the lead-up to the Dussehra festival, the lives of these three women intertwine in the sandy by-lanes of the village. What happens next changes the trajectory of their lives forever.

Sg. SAIFF is founded by the core team of ‘Muvizz’, a Video on Demand (VOD) platform, with the impetus to effectively channel the expansion of South Asian cinema beyond the Indian subcontinent and engage with a wider spectrum of audience. Supported by the Indian High Commission (IHC), and Institute of South Asian Studies (ISAS), National University of Singapore, the festival is thus a landmark initiative to serve as an important cultural gateway between the global and cosmopolitan city of Singapore and the developing nations of South Asia.