Nation’s costliest 3D’ film starring Superstar Rajinikanth, Akshay Kumar, Amy Jackson, directed by Shankar. Music of the film given by A R Rahman. Written and directed by S. Shankar, co-written by B. Jeyamohan, 2.0 is sequel to 2010 Tamil film Enthiran (Robot- Hindi film) and features Rajinikanth reprising in roles of Dr. Vaseegaran and Chitti. 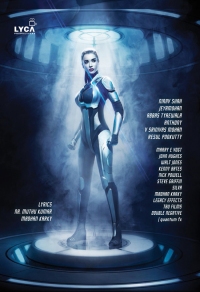 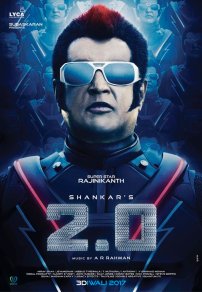 2.0 had grand live performance music launch in Dubai, The film shot simultaneously in Tamil and Hindi. With an estimated budget of ₹450 crore (₹4.5 billion), it is the most expensive Indian film made to date. A dubbed version in Telugu will release alongside the original Tamil and Hindi versions.

Produced by Subaskaran Allirajah, founder of Lyca Productions film’s earlier scheduled to release worldwide on 26 January 2018, but now it will be releasing on April 2018. The high-tech post production works are fully geared and the team is all set for the release schedule.